Feeding a Community Through a Pandemic

Home News Feeding a Community Through a Pandemic

When school closed one year ago and classrooms pivoted to online learning, another team went into action. The Sheboygan Area School District nutrition team -- a staff of 54 -- opened 10 locations for Grab N Go meals and were ready to serve the next day.

“After the communication that students would be transitioning to online learning, we moved quickly and were ready to start immediately the next day serving students,” recalls Meredith Nitka, Coordinator of School Nutrition for the district.

Grab N Go bags of food were available to any child 18 years of age and younger in the community, regardless of enrollment. Understanding the enormity of removing a guaranteed meal for millions of children, the United States Department of Agriculture which oversees the Supplemental Nutrition (SNAP) program also gave permission for adults to pick up meals on behalf of children. This removed a barrier for Meredith and her team having to verify school enrollment or parent role. Their overriding goal became simply getting food to families.

As the school year came to a close, virtual learning ended but the pandemic continued to cripple the country and the need for family meals only increased. During a typical summer meals program, June through August, the district is prepared to serve around 30,000.

“During the summer of 2020 we served a record breaking 133,000 meals,” Nitka said. “We received so much positive feedback from the community. Families were especially grateful for the convenience of being able to pick up meals at the door on the go.”

Fall reopening brought new challenges for this adaptable team with elementary schools in session five days a week with safety restrictions and a hybrid schedule for middle and high schools. Depending on the school, nutrition staff were trained on their unique serving setup.

“In some schools, meals are delivered to the classroom, while other schools have students pick up food from the cafeteria,” Nitka said. “Regardless, nutrition staff have had to take extra steps in food preparation, such as individually wrapping and packaging foods, in order for food to be transported back to the classroom.”

According to advocacy group No Kid Hungry, in 2018, 11.2 million children -- 1 in 7 -- lived in a food-insecure household. Now because of COVID-19 and closed school buildings, that estimate has jumped to 1 in 4. Community food programs through the district and community groups like Sheboygan County Food Bank have become increasingly necessary.

“Our goal is to feed as many students as possible. The best part of this challenge in the past year was being able to reach students that we normally would not due to the flexibilities provided by the USDA -- free meals for ALL students and ability for adults to pick up meals on behalf of children.”

The challenges have also brought some awards. In December 2020, Nitka learned the district was the recipient of the Green Bay Packers $10,000 Hometown Grant. This award was made possible by The Green Bay Packers and the Dairy Farmers of Wisconsin thru the Fuel Up to Play 60 program.

The dollars are already intended to increase the number of milk coolers in classrooms where Nitka and her team will continue doing what they do best -- serving their community. 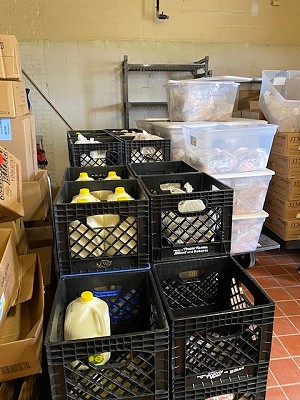 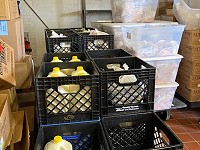 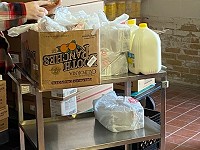