The Mission of Grant Elementary School is to create a structured, safe and caring learning environment where all students can acquire the academic and life skills they need in order to be successful. 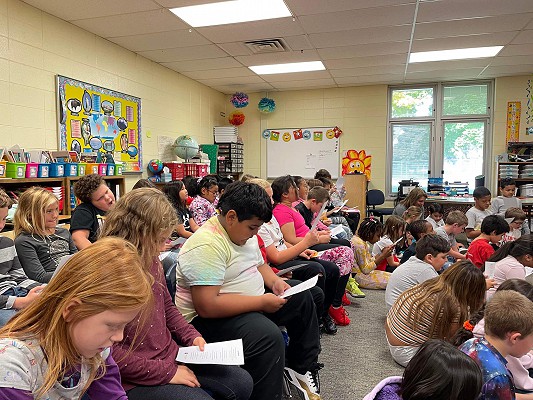 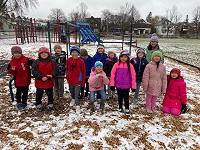 The Wisconsin Positive Behavioral Interventions and Supports (PBIS) Network named Grant a School of Merit in 2011 and 2013 and the network’s highest honor, School of Distinction, in 2012, 2015, and 2016 for exemplary practices in teaching positive behavior. In 2015-16, Grant was recognized as a School of Distinction for Behavior and in 2016-17, 2017-18, and 2018-19, Grant was the recipient of the Silver Award in Behavior by the Wisconsin Department of Instruction.

In academic excellence, Grant was named a Wisconsin School of Recognition seven times in ten years. In 2017-18, Grant was recognized as a Beating-the-Odds School, showing above-average student achievement in reading and mathematics when compared to schools from similarly sized districts, schools, grade configurations, and poverty levels.

Students at Grant can take part in after-school activities such as the Homework Club, Student Council, Chess Club, various Grant School musical groups, and the Great Lakes Gang. Fifth grade students participate in Kids Connection and School Squad, both service-related activities during the school day. We also offer a partnership with the Sheboygan YMCA for support with our before and after-school program called KidStop.

Grant has implemented a makerspace model in the computer lab. With help from a Sheboygan Area School District Innovation Grant, students are able to experience a variety of Science, Technology, Engineering, Arts, and Math (STEAM) based learning opportunities.

We look forward to partnering with you to help ensure the academic and character development success of your child.